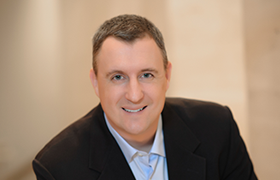 Michael J. Anderson is Principal, Vice President and Senior Wealth Manager at True North. He has over 18 years of experience formulating complex wealth management strategies for individuals, institutions, and families. A Certified Financial Planner™, Mike has been listed in D Magazine: Best Financial Planners (2015-2020). He has been published in national and regional publications and co-authored a chapter in the 2006 book, Retirement Income Redesigned: Master Plans for Distribution. Additionally, Mike was featured on the July 2013 cover of Investment Advisor magazine and he has spoken both nationally and internationally on various wealth management topics.

Mike began his wealth management career at Evensky & Katz Wealth Management in Coral Gables, Florida, and has been with True North since 2009. Mike received his Juris Doctorate and Master of Science degree in Personal Financial Planning from Texas Tech University. He received his undergraduate degree from Seattle University. Mike is an active member of the Financial Planning Association, as well as an alumni supporter of the Personal Financial Planning program at Texas Tech University. Mike is a former US Army Officer and served in the 82d Airborne Division and the 2nd Battalion of the 142nd Infantry Regiment in the Texas Army National Guard.

A native of the Pacific Northwest, Mike has a deep affinity for good coffee, beautiful mountains, and grunge music. Mike and his wife Elizabeth have three children.